Inside the World of President Romero 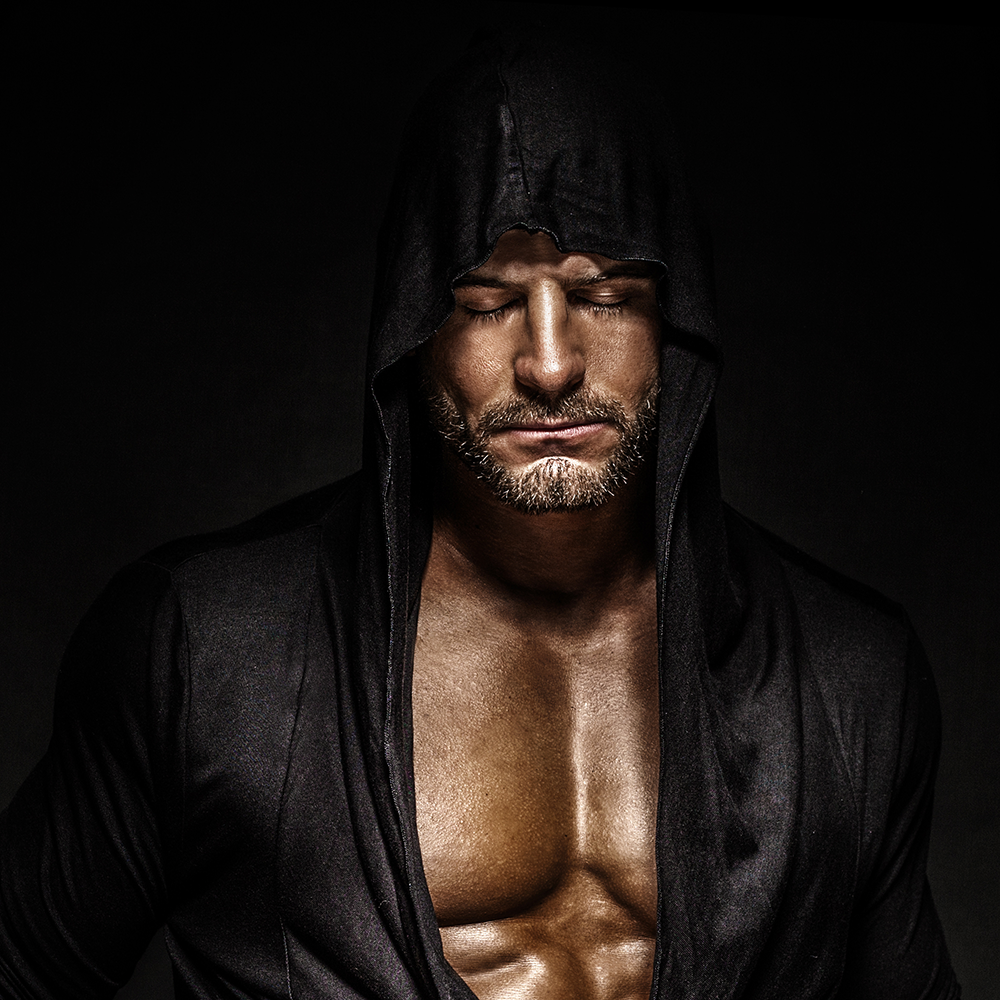 It may not be exactly what Thomas Jefferson had in mind, but that doesn't bother six-term President Joshua Romero.

"Tommy had a great big stick up his ass," Romero tells me confidentially as he leans back in his chair sipping West Carolina whiskey, "I could absolutely have taken that guy. No problem. No question."

"You could have taken Thomas Jefferson, you mean in a fist fight?"

He had a point. Well known to spend at least three hours each day engaged in some kind of strenuous physical activity, Romero looks more like a prizefighter or a martial artist than a head of state. The day I met him for the first time he was working out by lifting logs above his head and throwing them back down on the ground. He nonchalantly asked me if I wanted to give it a go. I declined. For obvious, journalistic integrity reasons.

In my years as a journalist I've interviewed dozens of world leaders: two Empresses, four Emperors, a King, three Popes, six Presidents, and a host of others. Nothing had quite prepared me for meeting Joshua Romero.

"And I'm not just beautiful, either," Romero continued, "I'm the whole fucking package. I was the top of my class, you know. I've got a great mind, just an absolutely top-shelf mind."

Welcome to the Big Bad Union

The Union of American States is referred to by many who study politics as the world's worst democracy.

Elections are held every six years in the country—a change from Thomas Jefferson's founding principles, engineered by presidents in the 19th century—with special elections called occasionally through the executive power of the President.

"The last free and fair election was held in 1816," says Kowski, "Every election since then has been rigged. Sometimes there isn't even the veneer of fairness. Sometimes those elections have been stolen outright and everybody knows it, but nobody seems to care."

While the Union has been known for years for its strong-man leaders, Romero may be the first to be a literal strong-man in addition to being an iron-fisted head of state.

It may seem odd that what started out as a country dedicated to personal liberty, the liberty at least of its landed gentry, has come to be known as the world's most authoritarian democracy.

"That's hogwash," claims Romero when I ask him about his unusually large margins of victory, "The 96% of the vote I've received in the last two elections shows you how beloved I am by the people of the Union. We have rights in this country, iron-clad rights guaranteed in our constitution," at this he pulls out a pocket copy of the document in question, "People here are free to choose any leader they want and they overwhelming want me, because I'm the best. Hands down the best."

Joshua Romero was born to a West Carolina coal mining family in 1979. April 1st is celebrated throughout the country as his official birthday, but the true date of his birth isn't known. Records in that part of the Union being imperfect or nonexistent.

"We were poor as dirt. We had slaves, like most whites at the time, but only two. The town was poor. There was so much coal at the time that the price just fell to the floor and we couldn't give it away. It nearly ruined us."

When Joshua was twelve years old his father committed suicide, a fact that still grates Romero: "He was a coward. He took the easy way out instead of fighting for us. When he took the coward's way I had to step up as the man of the family."

And step up he did—in a very big way.

"I started buying and selling things on the side, to bring in money since I was too big to work the mines. I grew like crazy when I was like twelve and then I got the opportunity to work for Elwood," Romero says, referring to the notorious Carolina entrepreneur Eldridge Elwood, "Elwood saved my life."

In a story told to me by Romero and recalled by others, Elwood saw the Romero selling his wares on the street and took him for a much older boy. Elwood made Romero an offer: if he would go attack a stranger, anybody walking in the street just then, and knock that person to the ground he would give me twenty dollars.

"At the time I don't think I've ever even seen twenty dollars. My whole worth at that point was maybe twice that, but it had always been in small bits here and there. Every bit of cash I got I reinvested in other things to sell. I was always... what's the expression: silverware rich and cash poor?" Romero asked me, "Anyway, that was a turning point in my life."

As Romero recounts it, he didn't just knock some guy to the ground, "I beat the living shit out of him. I easily broke four, maybe five ribs. Absolutely crushed his balls. There was no way that guy was gonna have children."

Elwood was impressed and he brought the young man into his operation.

"If anything, the Union isn't a real democracy," says Kowski, "It's an oligarchy. The whole country is run on a system of patronage and power is usually truly held by a small, tight-knit group of members of the elite. Specifically the elite business world—such as it is.

In the Union of American States, before its bi-centennial in 1976, that business world consisted mostly of plantation-owning slaveholders that produced crops like cotton and tobacco for the rest of the world.

The issue of slavery had destroyed unification talks after the American states won their revolutionary war against Grand Old Britain—and the Union was one of the few places left in the world where slavery was still part of open, active commerce. Slavery formed the backbone of the Union economy when Romero was young and its oligarchs derived their wealth from it.

One of the exceptions to this was Eldridge Elwood.

"He grew up a street tough—like me," explains Romero, "I think that's why he took such a shine to me. We were pretty much the same."

Eldridge Elwood may not have owned slaves, but he did own a lot of other things.

"He sold guns. Lots of guns. He started getting people riled up, worried that the slaves were gonna rise up and kill them in their beds. He put these ads up all over Richmond, Atlanta, Jacksonville: dark black faces in the bedrooms at night—all you could see was a pair of eyes and the glint of a kitchen knife," Romero says, "It scared the shit out of people. He sold a lot of guns."

"Elwood caught a lucky break with the expansion of the 'Well-Regulated Militias' clause of the Constitution," says Romero, "It enabled him to create a whole damn army. All over the country: from the Atlantic to the Gulf. It was an impressive operation for a guy who started on the streets of Roanoke."

"Honestly, I owe my position today as much to President Tyler as I do to myself," Romero says in a fleeting moment of humility, "Between the Militia thing and the freeing of the slaves there was just no way that I couldn't have come into power."

"Don't get me wrong," he continues, the moment of humility now gone, "I am a great politician, the best, but even the best politician needs a good opening and Tyler gave me two."

"There won't be any more Tylers, of course," Romero says, "They were a totally undemocratic bunch, the lot of them. The Union is good to be rid of them. Anthony Tyler dying off was the best thing that ever happened to this country. The Lord works in mysterious ways."

It was an odd moment, the first and only time I ever heard Romero talk about a power greater than himself. And especially odd considering the rumors surrounding Tyler's death: his collapse at a state dinner which caused a constitutional crisis and a snap election.

Seven people put their hats in the ring to succeed Tyler as President of the Union as word of his death spread around the country. Romero joined the race at the insistence of Elwood.

"He told me that with so many people running that anything could happen, even a former street kid like me might win.

By the end of the election just three candidates remained in the race. Three had dropped out and one had died—also somewhat mysteriously.

"Those other two guys were real jokers... you know, featherweights. I could push 'em over with my pinky finger," Romero confides, "When it was down to just the three of us it was a no-brainer that I was gonna win... and here I am. Funny how the Lord works his mysterious ways."

"I read a lot," says Romero one afternoon, "everything I learned about power and about running a country I learned from Willie Shakespeare. That guy was a genius. When I got here, when I first became President it was like 'What brave new world is this', but I got the hang of it pretty quick."

We talked about Shakespeare's plays for more than an hour after that and he imparted to me the single biggest lesson he'd learned from Shakespeare about how to govern a country: "Never, never, never, ever give up even the slightest bit of power. If you give an inch, you're sunk."

Our conversation segues from the English Bard to his plans for the future.

"Every day I wake up and I think about how I can make this country better for the people. That's why I'm here, after all, and why I'm so incredibly beloved. It's because I sacrifice all the time for the people. Everything I do is for them."

So, what spefically does he have in mind?

"I need to improve the economy. There's too many people still living poor like I was growing up. It's too hard to get ahead. I was lucky, you know, because of running into Elwood when I was so young. But there's lots of young kids out there who don't have an Elwood and, well, they've just got no chance in this country. Many of them leave for elsewhere, which I don't understand, because this is the greatest nation in the world, but it's a shame that they feel like they can't get ahead, and it means I need to do more to help them. I could always do more. I should always do more. And I am. Always."

"Beyond that, I mean, I dunno. It's important to always reform the government so it works better for the people. So, probably a bunch of government reforms is what I'll be working on next. I'm always looking out for how I can help the people of this country be happier. I want everybody to be as happy as I am."